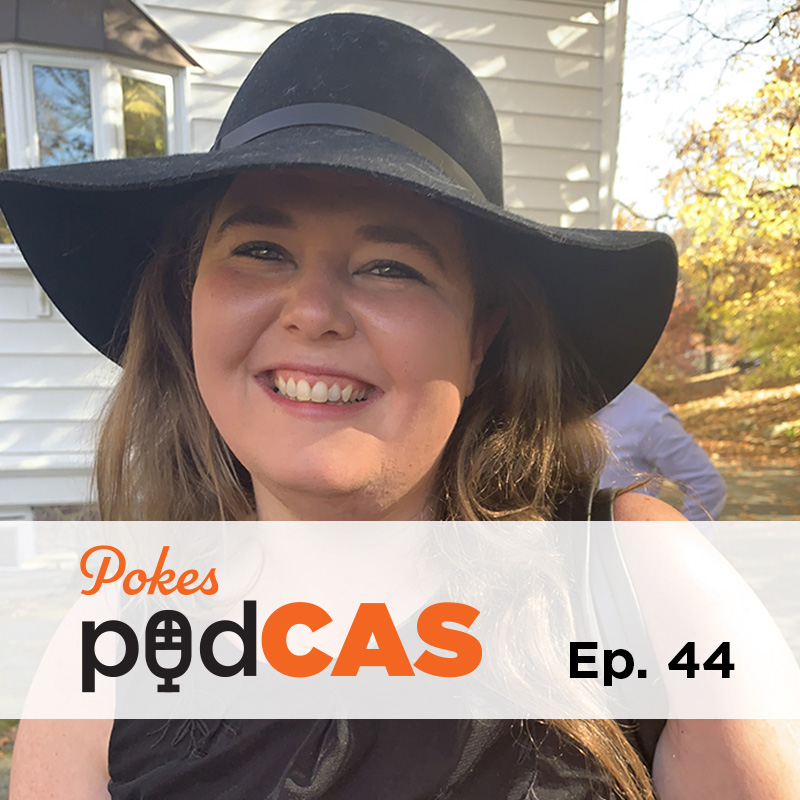 All writers benefit from the outside perspective of a skilled editor. That is why the College of Arts and Sciences and the Department of English house the OSU Writing Center. It serves OSU and the surrounding community, helping communicators understand and practice strategies used by effective writers, including brainstorming, drafting and editing techniques. In this episode, the director of the Writing Center, Dr. Anna Sicari, discusses her new role as co-editor of The Writing Center Journal, how research in this field benefits all writers, and why even those working in science, technology, engineering and mathematics should take advantage of these services. 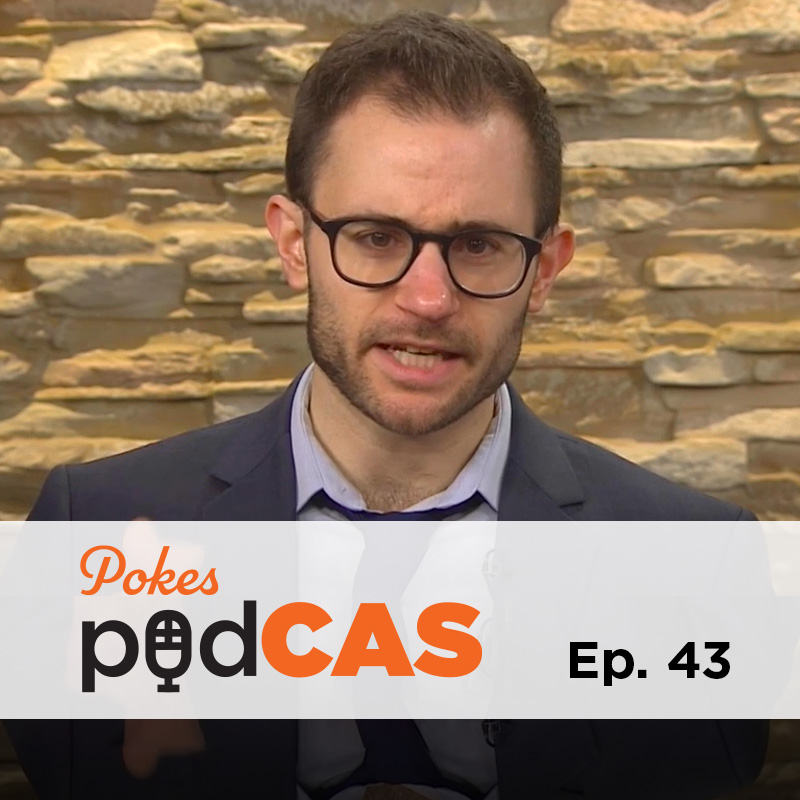 We all have that crazy relative who believes outrageous conspiracy theories or a lot of so-called facts that aren’t supported by the evidence. This person seems to live in an entirely different universe than those of us who are sane, right? The truth is, we are all misinformed to some degree, says Dr. Matthew Motta, a political science professor who studies misinformation. We talk about why people are motivated to find information that supports their beliefs instead of the truth, and how we can have the most success reaching those who have refused to listen to others. He also shares other helpful tips such as, “If you want to know something about the curvature of the Earth, ask a flat-earther,” and why it is important to realize how much you don’t know. 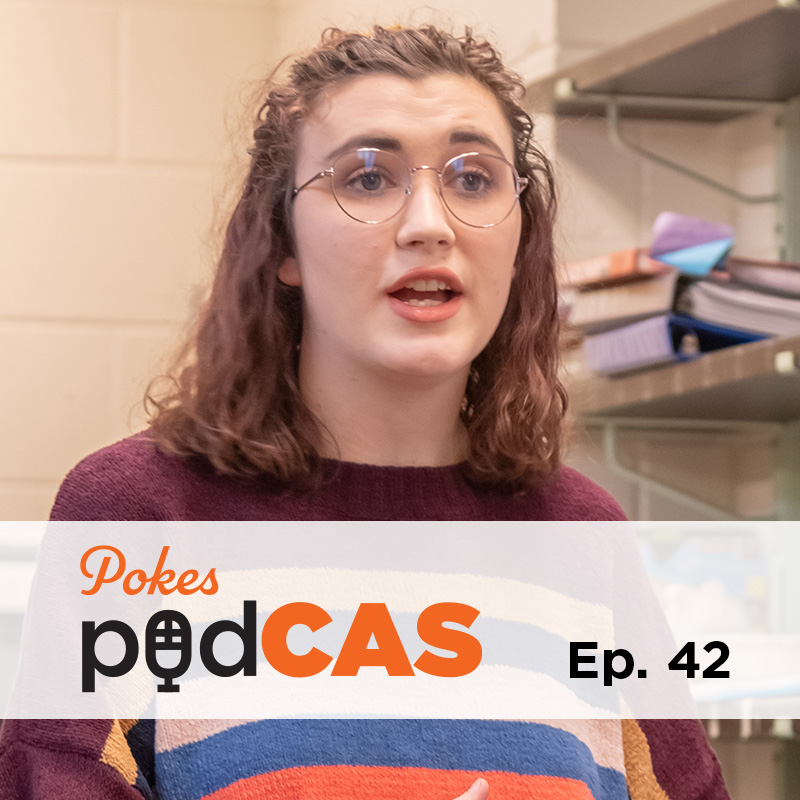 Every semester, one CAS student is selected for the prestigious Orange Gown. Alannah Templon, a double major in Biology: Allied Health and Sociolgy: Anthropology, was selected to represent the class of Spring 2021. Templon reflects on her research, involvement on-campus, plans for after graduation, and some of her favorite memories at OSU. 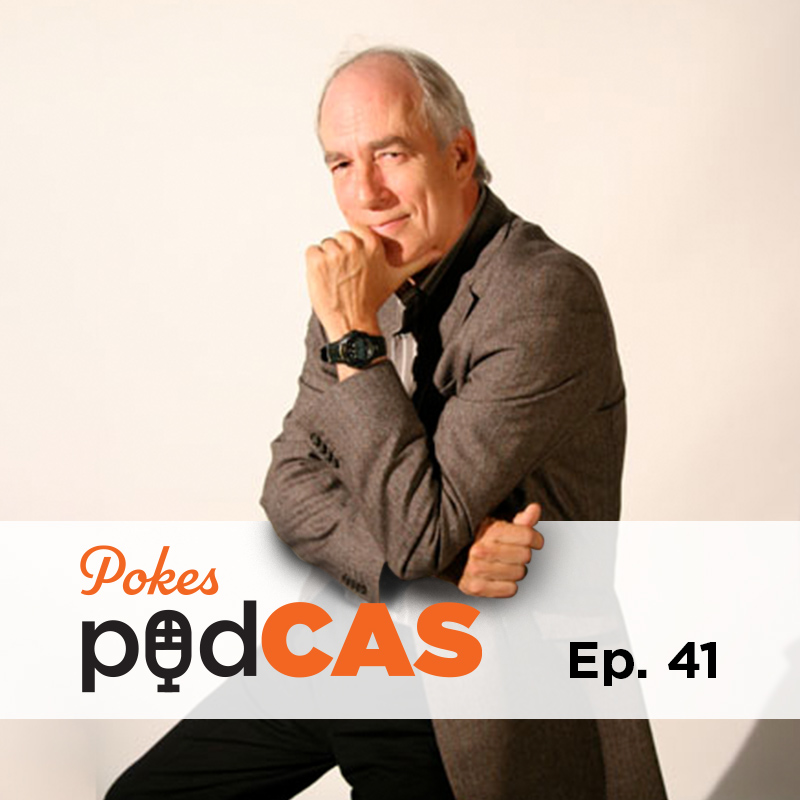 Peter Exline, “the philosopher king of Hollywood,” is a 1969 OSU Department of Philosophy grad. His life and career have overlapped with the likes of Michael Douglas and the famous Coen Brothers. In fact, he served as an inspiration for multiple characters in the film The Big Lebowski. He joins us to talk about his fascinating career, how he went from Stillwater to Hollywood, and what's on everyone's mind: “What's with that rug?”

Also, as a warning, this episode includes just a few words that would categorize it as PG-13. 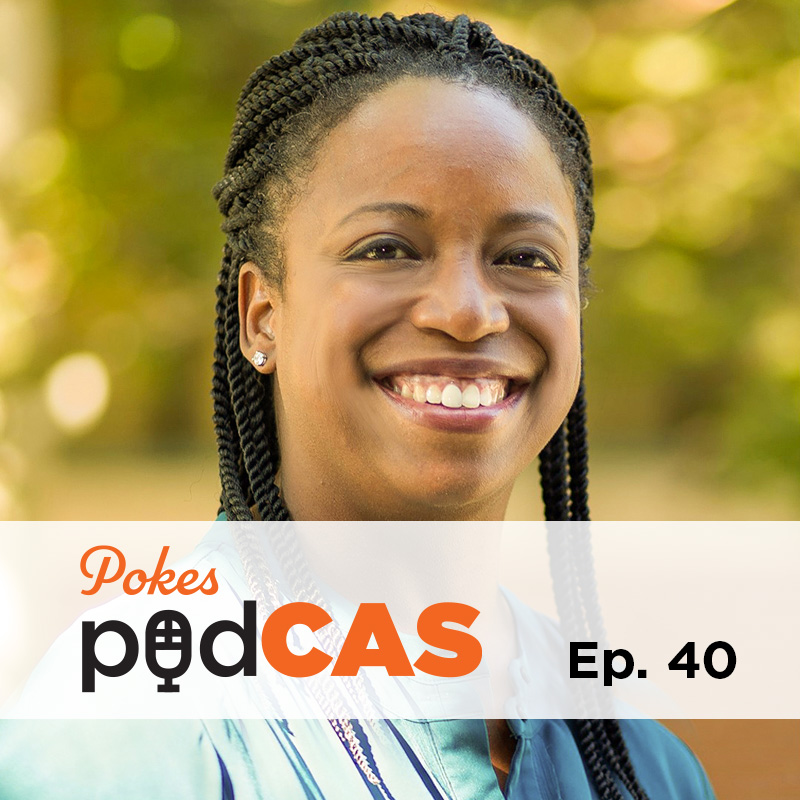 The Center for Africana Studies is a resource housed in the College of Arts and Sciences but available for all Oklahoma State University students, faculty and staff to gain knowledge about Africa and its Diaspora. That obviously covers a lot, so the center’s new director, Dr. Erica Townsend-Bell from the Department of Political Science, has a big job. We talk about that, race-related issues in America and globally, and why the terms used on the Census form are more important than you might think. 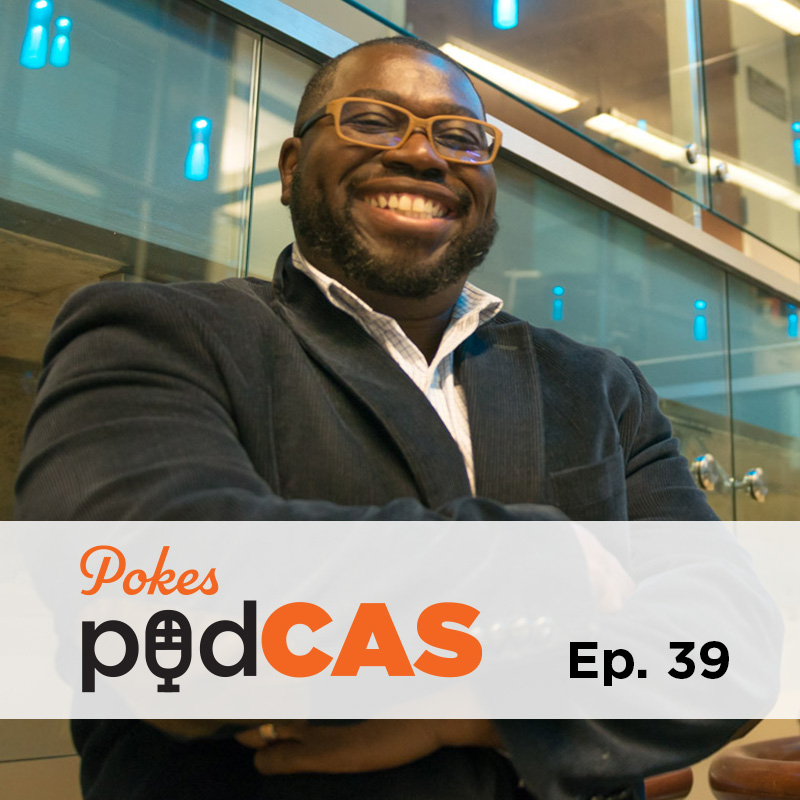 Dr. Toby Nelson, an associate professor in the Department of Chemistry, was inspired by his hometown hero – Ronald McNair, the second Black astronaut. Dr. Nelson talks about that and how he is working with RPX Technologies, a Stillwater-based company founded by OSU alumni, to save lives with a product called DRACO. And he explains his view that chemistry is awesome, with highlights from his other research areas, which are based on melanin. You will learn that it can do a whole lot more than you think. 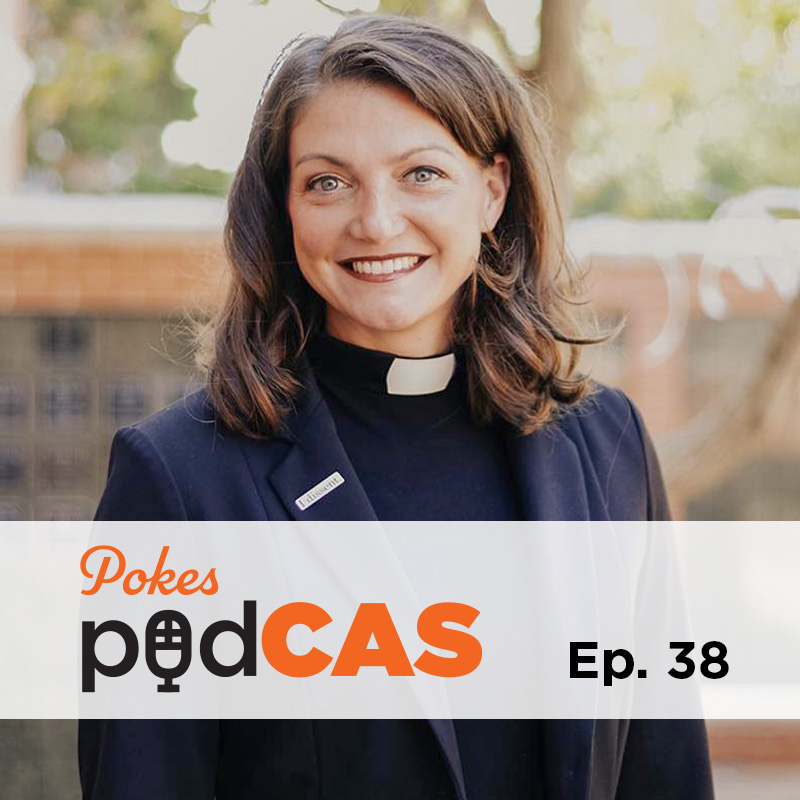 Lori Allen Walke earned a 2005 political science degree and a 2006 master’s in health care administration at OSU, where she was a Cowgirl basketball player and Miss OSU. She went on to earn a law degree and passed the Oklahoma Bar exam, but changed her career path and completed a Master of Divinity. After becoming an ordained minister, she added a Doctor of Ministry. Today she is the Senior Pastor at Mayflower Congregational Church in Oklahoma City. We talk about lessons she learned at OSU, what it’s like being married to a politician, and how the couple advocates for what they believe in. She also tells the story of how the final seconds of her basketball career became one of the best feel-good moments in the history of Gallagher-Iba Arena. 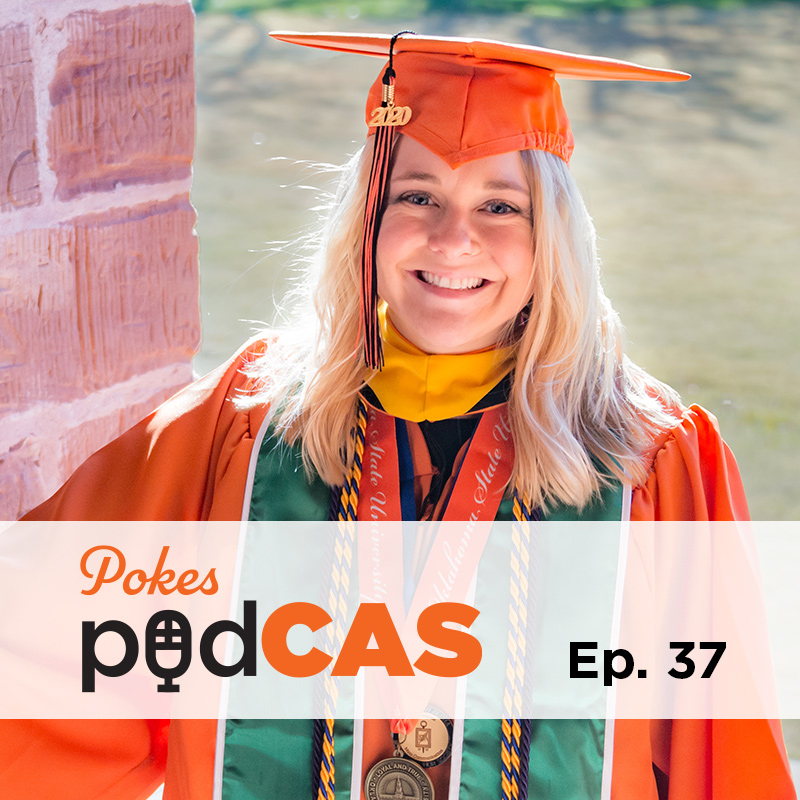 Hannah Ratigan was the type of student who walked around campus when she had free time – which was rare. So the way her undergraduate experience finished, with COVID-19 restrictions, was especially disappointing for her. As the Orange Gown Recipient for the College of Arts and Sciences, she did enjoy leading her peers in the School of Media and Strategic Communications to their smaller ceremony. We talk about what strategic communication is, her philanthropic work and how a fateful trip to Chipotle changed her life. 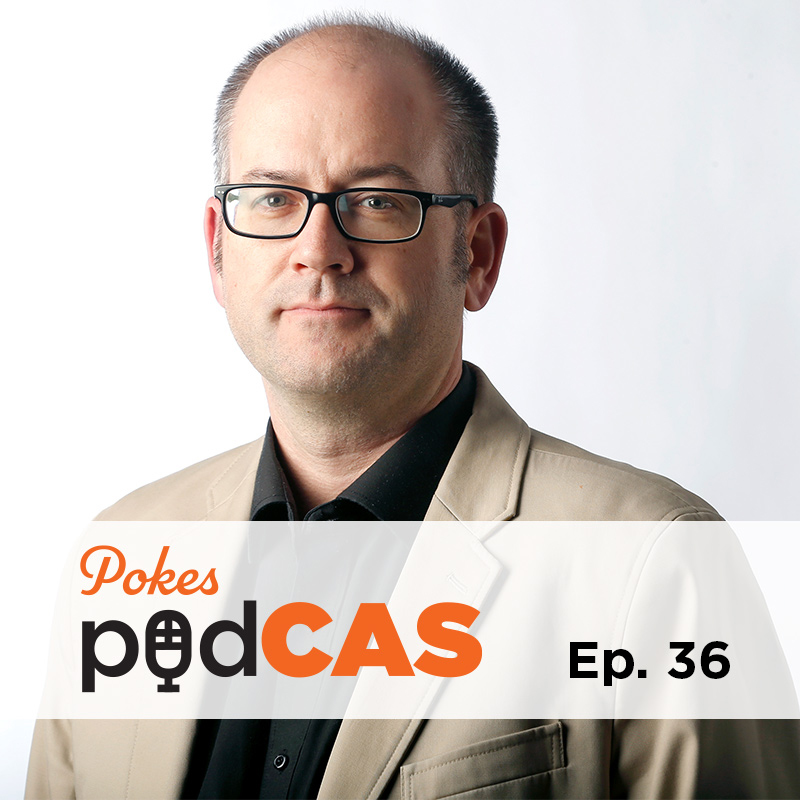 Jason Collington is a Stillwater native who grew up reading the Tulsa World. After his 1998 graduation from OSU in what is now the School of Media and Strategic Communications, he worked for the Associated Press before being hired by the World. He spent the next 21 years climbing the company’s ladder, reaching the top to became the publication’s new editor on Oct. 1, 2020. About 60 days later, we talked about the future of journalism, his goals for the Tulsa World, and his advice for up and coming communicators. He also explained why he tells everyone they should be a quitter.